Pre-meeting Book Exchange…. we are going to continue our book exchange. The idea is for attending members to go through their own collection and find aviation or WWI books that they no longer want and exchange them for equal or lesser value.  How does that work… if you have a paperback you can exchange it for another paperback if you have a hardcover you can exchange it for a hardcover or paperback. The limit will be four (4) books per member. Special thanks to Frank Garove a member of the group who made a generous donation of nearly 100 aviation books. 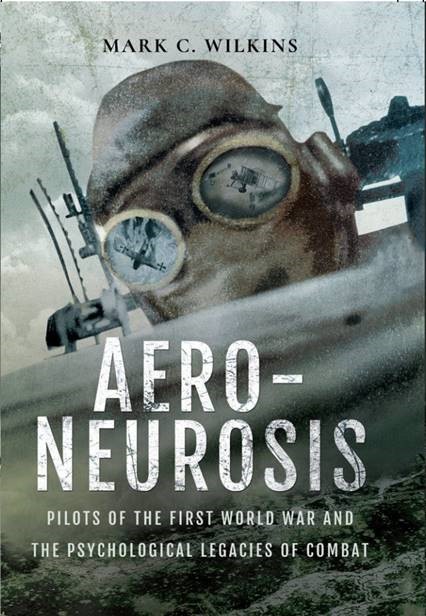 Aero-Neurosis: Pilots of the First World War and the Psychological Legacies of Combat

The young men who flew and fought during the First World War had no idea what was awaiting them at the Western Front. The ‘technology shock’ that coalesced at the Western Front was not envisaged by leadership. These men did the best they could and gave their full measure but each suffered from their experiences. The medical and psychiatric profession evolved symbiotically with the war. Like the patients they were charged with treating, doctors were unprepared for what awaited them. Aviation psychiatry arose as a new subset of the field, attempting to treat psychological symptoms previously unseen in combatants. The unique conditions of combat flying produced a whole new type of neurosis. Terms such as Aero-neurosis were coined to provide the necessary label yet, like shell shock, they were inadequate when it came to describing the full and complete shock to the psyche.

“Fall and Rise of the Monoplane”

World War I aviation saw “the Rise and Fall of the Sesquiplane” and also, one might say, the “Fall and Rise of the Monoplane.” Popular in the prewar years, externally braced monoplanes proved difficult to make sturdy enough to compete with biplanes, whose strutted wings allowed crossed cables to provide rigidity as well as a relatively solid airframe. A turning point occurred in December 1915, when Hugo Junkers’ all-metal J1, featuring a cantilever wing structure, make its first flight, but it would require lighter materials (such as duralumin) and more powerful engines to make metal monoplanes practical. Anthony Fokker’s Dr.I, with its wooden box spar, also made monoplanes practical, even though the airplane itself was a triplane—to be followed by a biplane, the D.VII. meanwhile, more monoplane designs were tried by Morane-Saulnier and Bristol, but their success was limited by the prejudices that the first generation of monoplanes had raised (Hugh Trenchard, in fact, wanted none for the Royal Flying Corps after 1916). Later in 1918 the Fokker D.VIII was entering service (after a false start that summer), the giant duralumin Dornier RS.III had begun reconnoitering the North Sea and the Junkers D.I was about to enter service…

…and then the war ended. But over the next two decades the monoplane, building on the success of those last developments, would come fully into its own.

Charlie Walthall - Tangible Links: ongoing research on the airfield at Malzeville where Henri Farre did his paintings and sketches. 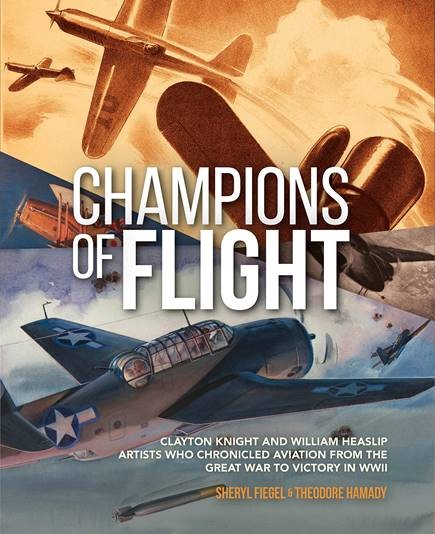 Champions of Flight - Clayton Knight and William Heaslip: Artists Who Chronicled Aviation from the Great War to Victory in WWII

Clayton Knight and William Heaslip, were Royal Flying Corps veterans of World War I, and the former was even shot down in a dramatic dogfight. Aviation art took off in the 1920s, ’30s and ’40s thanks largely to these two men who chronicled the golden age of air travel, from Charles Lindbergh’s non-stop transatlantic flight to the heroics of combat pilots over the Western Front and in Bomber Command Both formally trained artists, their survival and military experience meant they were well-equipped to produce powerful images from Sunday comics featuring pilot heroes, to dramatic pictures of wartime valor, to iconic recruiting posters that prompted young Americans to flock to the Forces after Pearl Harbor.

We would appreciate an RSVP as soon as possible so that we can gauge the number of people planning to attend.

There is no formal membership required to attend therefore if you know of anyone who is interested in this aspect of aviation history they are most welcome.

The parent organization, the League of World War I Aviation Historians, (link) http://www.overthefront.com/ publishes a periodic journal and there are dues for that, if anyone wants to join, they are welcome on their own to do so outside of this meeting.

There is no fee for attending the meeting, although there is a $15 parking fee at the museum, therefore consider carpooling.

If you have any questions please do not hesitate contacting us:

Chris (This email address is being protected from spambots. You need JavaScript enabled to view it.)

Carl (This email address is being protected from spambots. You need JavaScript enabled to view it.)

Jon (This email address is being protected from spambots. You need JavaScript enabled to view it.)

Charley (This email address is being protected from spambots. You need JavaScript enabled to view it.)

PS: Please feel free to distribute this meeting notice… or contact me if you have any suggestions… or needs….

PPS: The sessions from the previous meeting are available on the League’s YouTube channel…http://goo.gl/0lCrox