Welcome to the League

The US Postal Service has announced COVID-related restrictions on mail to Australia and New Zealand. These restrictions appear to be in response to policies of those countries. The USPS is returning to sender anything addressed to those countries and has requested that mailers not submit mail for  those countries until the restriction has been lifted. It seems that shipping via other services, would cost more, per issue, than the subscription rate for a year. Therefore we will hold all magazines for Australia or New Zealand addresses until the restrictions have been lifted, and send your materials at that time. The USPS' latest update to this announcement was on January 18. We continue to watch this closely.

The final issue for 2021 has gone to the printer and should be arriving shortly. The issue opens with a rare look at a Hungarian pilot with Oberleutnant Franz Čík of the Austro-Hungarian kaiserliche und königliche Luftfahrtruppen by Juraj Červenka. Issue Editor Mike O’Neal continues his examination of American training casualties at Issoudun, for the period May through August 1918. Lee Corbin looks at a surviving U. S. Navy seaplane hangar, still in use today albeit in a new role, in Fly Boys and Boat Boys. Greg VanWyngarden taps Charley Gosse, Charles Thomas and Mike O’Neal for assistance in Alan’s Albatros, which draws on a newly uncovered photo to provide some sidelights on the day. Russell Smith’s cover painting captures the event. In Tangible Links Charlie Walthall and Ted Huscher examine a war souvenir made from an Austrian propeller. Finally, Peter Kilduff reviews books of note in Between the Bookends. 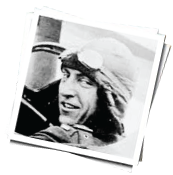