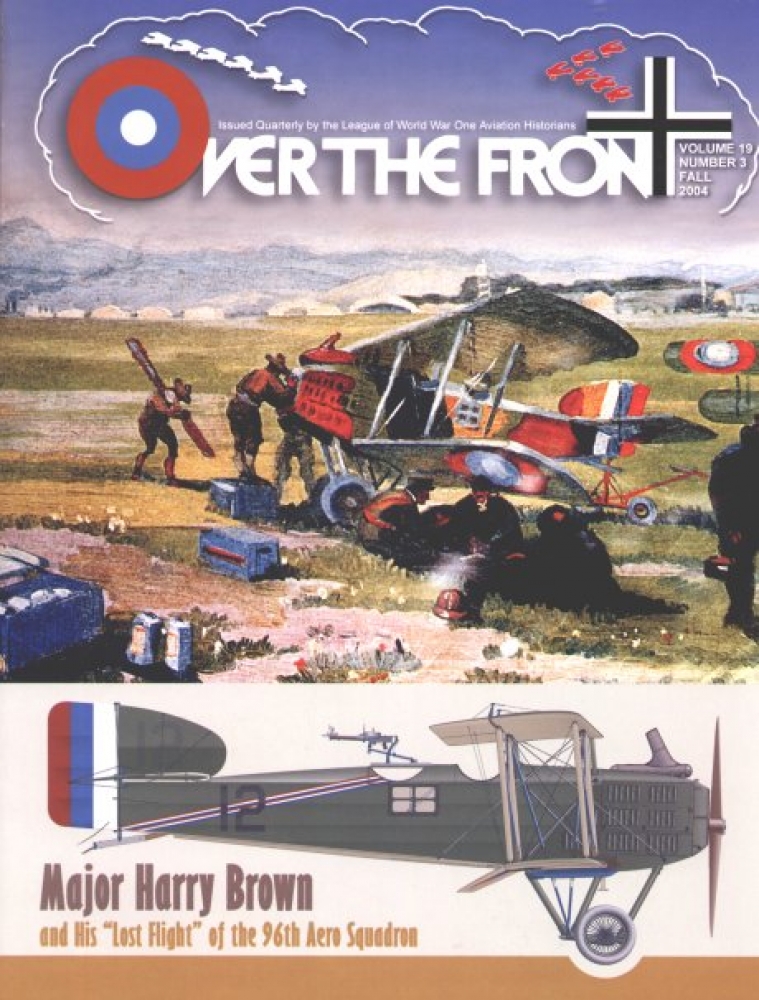 Front Cover: Bréguet 14B2 aircraft undergo maintenance at the 7th AIC at Clermont-Ferrand. The scene was captured on canvas by one of the team of combat artists commissioned by the AEF (Smithsonian). Also, This highly detailed Bréguet 14B2 illustration of Major Harry Brown's 4012 #12 was created by Alan Toelle especially for this issue

Inside Front/Rear Cover: Superb renditions of Sopwith Camels of the 148th Squadron by Mark W. Miller.

Major Harry Brown and His "Lost Flight" of the 96th Aero by Stephen Ruffin
"... but what shall we do with the Major?"

And Then There Was One... A Member's Search for Missing Pilots by William Jeanes
Many of the faces in the photos remain nameless... except in the case of the 13th Aero Squadron.