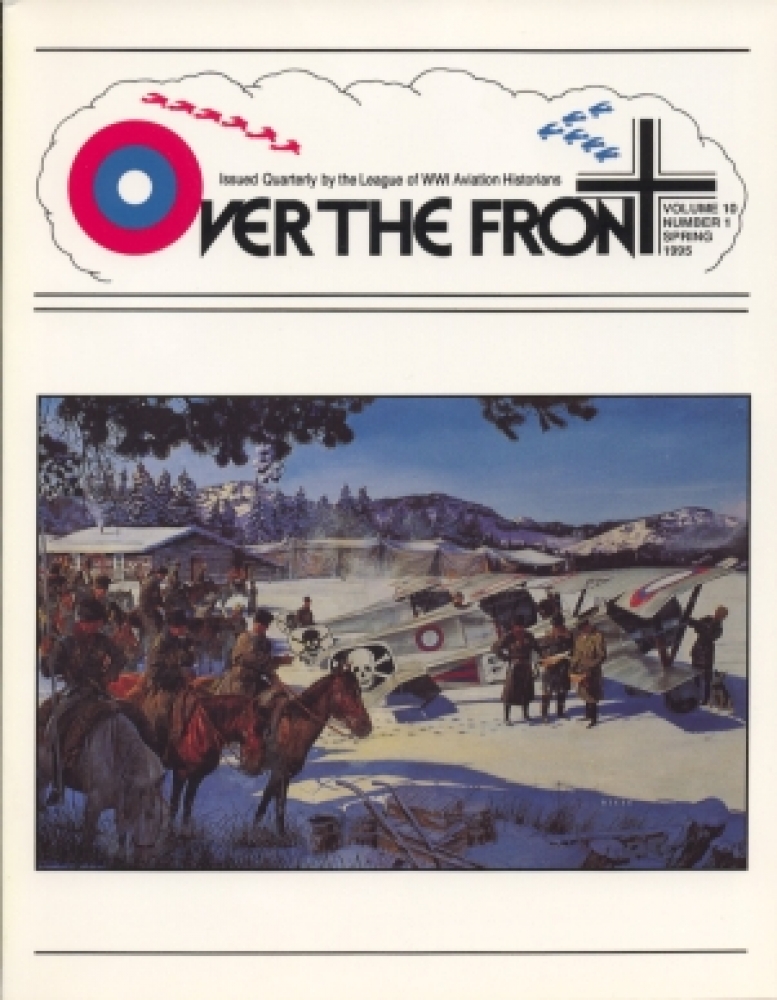 Cossacks & Scouts, an original painting by James Dietz in the Alan Durkota collection. Note the death's head motif of the XIX Corps Detachment adorning the rudders of these Nieuports ready for take off. Alan Durkota and Tom Darcey's book on Russian aviation in World War I was published at the end of 1995 and is available from Flying Machines Press. To quote the caption in the book, "...a mounted column of Caucasian-Terek Cossacks entering the airfield of the 19th Corps Detachment, circa winter 1917. Air units often provided information to Cossack units to better coordinate reconnaissance of forward areas."

The First Battle of Britain: A Statistical Study by Steven C. Suddaby

A Retrospective View of Ltn. Erwin Böhme by Dr.-Ing. Niedermeyer

A League of Modelers: Halberstadt Cl.IV

Between the Bookends
Flying Machines Press | Wings of Honor--American Airmen in World War I | An American Pursuit Pilot in France, 1917-1919