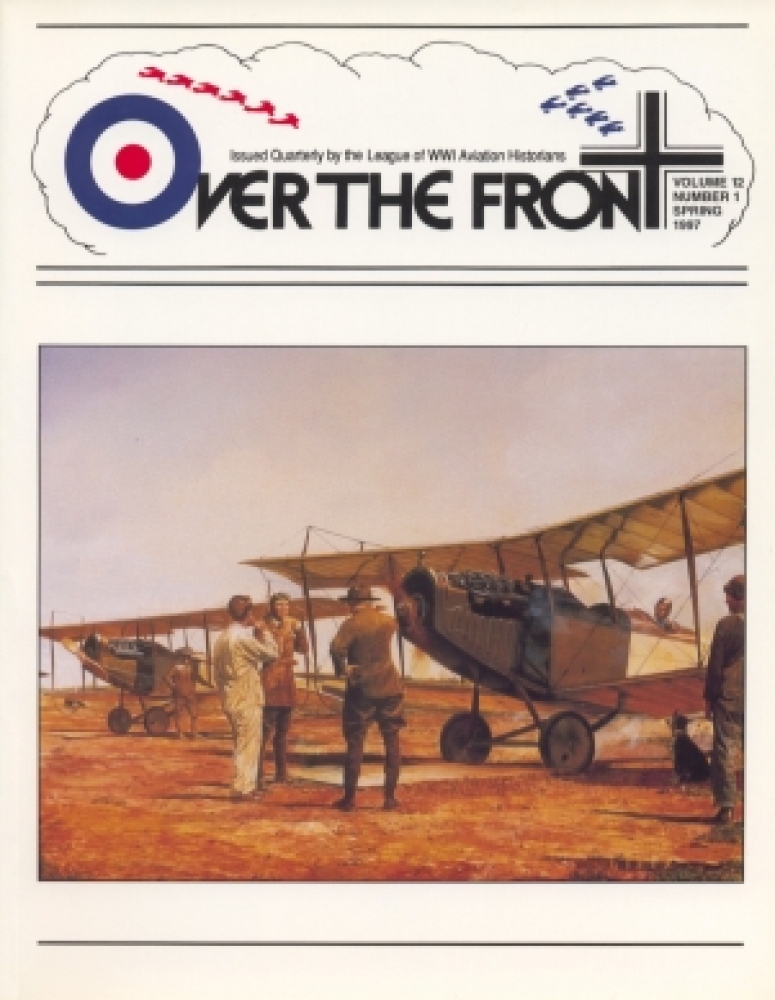 In First Solo, aviation artist James Dietz depicts two Curtiss JN-4s preparing for flight, a scene typical at any of the training fields operated by the RFC and the USAS in Canada and Texas in 1917-1918.

Roster of RFC, RNAS and RAF "Silent Volunteers" at the the Front by Stewart K. Taylor

"In Case I Should Not Return" by Stewart K. Taylor

What's In a Name? by Robert Pearson

Between the Lines
The Seminar | The "Year of the Chapters" | New USAF Museum Director | The Great Flood | The Mike Carr Student Paper Competition | In Memoriam: W.T. "Bill" Evans

Between the Bookends
The Norman Thompson File