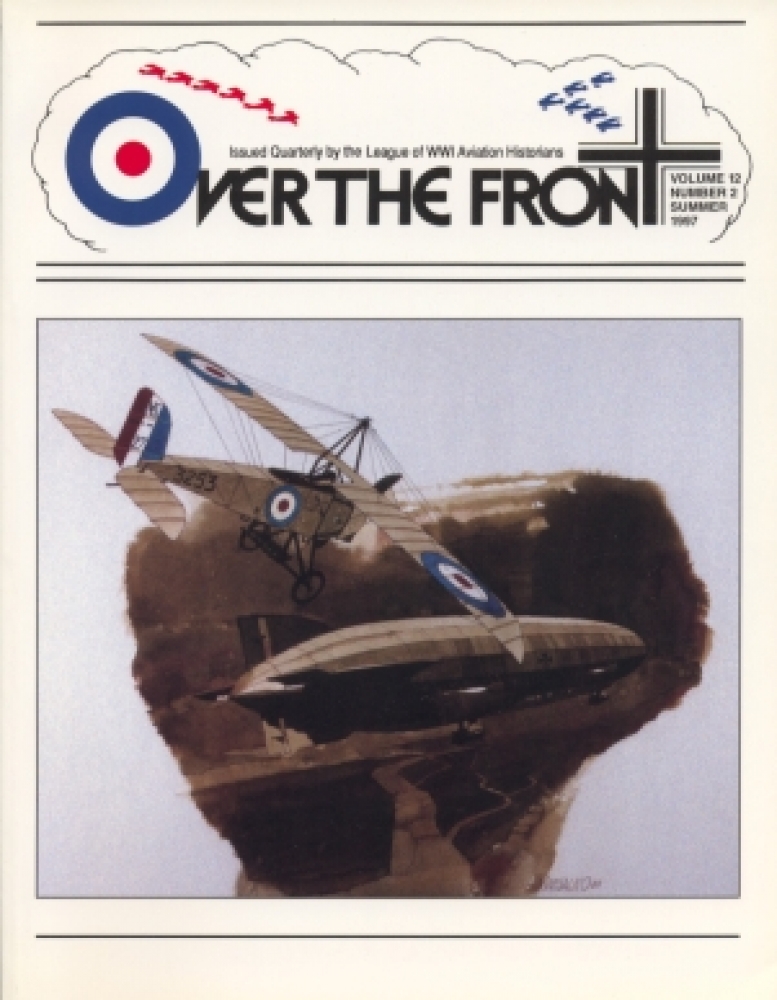 Artist William Marsalko's contribution is this depiction of Flight Sub Lieutenant Reginald Warneford's successful attack of the German Zeppelin LZ37. This was the first victory of a heavier than air aircraft over a lighter than air dirigible. Warneford was awarded the Victoria Cross for his bomb attack of the airship but was to die tragically in an accident soon after.

Four Thoughts in Praise of Herry Tate by Tony Mellor-Ellis

What's in a Name? (The Missing Drawings) by Robert Pearson

Between the Lines
overthefront.com | The Seminar | The Ferko Collection | Those Things We Don't Write About